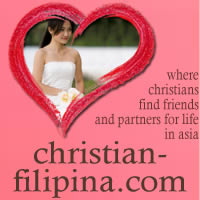 What is better in Ukraine than in America

The biggest problem with FSU women is due to the email scammers and men who have obviously been used as visa mules, there’s a bias against all FSU women no matter what their intentions are. That is if you want to have a relationship with her and bring her back to your country.

If she was from a Western European country, as France for example, she could get a tourist visa or apply for Australian, American, English etc... residency on her own and then you could be together as a non married couple, but Russian women can’t. Most average woman are rejected when applying for a tourist visa. Even well off women who have visited many other countries like my GF get rejected..... We tried and failed. It’s ridiculous, but the only option with most FSU women is to get engaged or married and apply for a spouse visa.

Really now days it doesn’t matter if you’re married or not, if you’ve spent enough time together she’s going to be awarded some of your assets if you break up. I believe America is worse than Australia (tell me if I’m wrong) generally we get to keep all or most of our assets we had before the relationship started and alimony is virtually unheard of in my country.
Top

I just hope, for both and your fiancee's sake, that you have spent more than just vacations together. Living with a brand new girlfriend for 2 weeks while on vacation is a lot different from living with her for years or decades on end under non-vacation conditions. She doesn't have to be a scammer to fail the life-long marriage test. In fact, you might be the one to fail.
Top

Shemp wrote: ↑
October 4th, 2021, 4:08 am
I just hope, for both and your fiancee's sake, that you have spent more than just vacations together. Living with a brand new girlfriend for 2 weeks while on vacation is a lot different from living with her for years or decades on end under non-vacation conditions. She doesn't have to be a scammer to fail the life-long marriage test. In fact, you might be the one to fail.

I’m not one of these desperate one week wonders who puts a ring on a woman’s finger after a couple of dates and a kiss on the cheek. It sounds laughable but I’ve seen it happen several times.

She’s not my fiancé and over the period of 3 years I’ve spent more than a year living with her like a married couple (pre covid restrictions). I’m in no rush and neither is she. She has business obligations to sort out before ever moving to my country and a child to get through the last years of high school.

I’m probably the slowest man who chose this path to put a ring on a FSU woman’s finger. After a messy divorce there’s no way I’m jumping back in with a woman I barely know. I went on dozens of first dates and had a handful of relationships with women at home after my divorce, so I have a good idea what I want in a woman.

We’ve never had one argument, or even raised our voices at each other. She’s always laughing, smiling. She has a great positive outlook on life and an amazing sense of humour. She’s very fugal with money like most Soviet era woman are who experienced the 3am bread lines of the 80’s as a child, but if I’m not careful she’ll try to pay for things that as man in her dating culture should pay for.

She’s never asked me for anything but my company since I’ve know her. As far as FSU women go, she’s the epitome of all the positive stereotypes and none of the negative. I can’t fault her in any way, no matter how hard I look and I’m very picky after surviving my ex wife, who’s the complete opposite.

I have assets and a business, but also debt. She owns close to a million USD in assets and has no debt. In my country she can land a 6 figure job the moment she arrives given her qualifications and business experience. I think I should be the scammer in this situation

To be honest she has a very good life, with great family and friends. Her city is comparable to mine for wealth, modern facilities and infrastructure. It’s not a step up in lifestyle, it’s a side step halfway around the world from everything she knows and loves. The biggest issue in her life, before meeting me was not having a man in it.

Being an experienced man in FSU culture, you obviously know the social and cultural issues a divorced, single mother in her mid 40’s faces attracting a man at home. She’s pretty much invisible to all decent, successful single men her age. They have the choice of much younger women with no baggage, who don’t carry the social stigma of being an older divorcee.
Top

Marriage is a structure for rearing children. If no plans for children, marriage is a very bad idea in most countries. That hypothetical younger wealthy man in paragraph 2 above is also taking a huge risk. If the hypothetical woman married for money and divorced once, she'll think nothing of doing the same thing twice. Once she's rich from all these ex husbands, she'll have sex with penniless surfer dudes. Unlike her stupid ex-husbands, she probably won't be dumb enough to marry one of these young hunks. Just replace with another hunk if he acts up. Plenty more of them out there for an older woman with money who takes care of her body.
If no marriage, then an older man can likewise safely get and keep a model looking hottie as rental girlfriend. And he can often get reciprocated desire if he keeps himself in good shape, treats the girl nice and knows how to handle a woman in bed. And he can have a harem of such girls, if he wants that. And he only has to see the girl occasionally, which is good because women soon get tiring when you live with them permanently, other than some rare exception cases where man and woman really are soul mates.

All correct. But some guys also marry for companionship if they are in the US/Canada. If you live in those flyover states, you may want to just have a wife to live with. And the kids can come to visit or hang out with you. That is also a model for living, and some guys do it. The women also want the same companionship. A house, a place to cook, a job to go to, a place to get old together.
The army candy or the surfer hunk will not be available in Podunk if the guy is making 50K a year and the lady is an just average looking immigrant person who is 55 and who just wants a house to come back to and a weekend in a park.
A brain is a terrible thing to wash!
Top
Post Reply
19 posts