Re: Don't Be Ignorant Learn Science

A good book for Gali:

The Falsification of Science: Our Distorted Reality

Unlike the subject of this book’s predecessor and sister volume, The Falsification of History, science is usually systematically falsified for two quite distinct reasons…

Firstly, as with history it may be falsified for political expediency, that is for the purpose of maintaining and propounding a false paradigm which supports the ongoing political agenda, but secondly and most commonly, science is often falsified for financial gain, usually directly benefitting the ruling Elite corporatocracy in some way.

But how can this possibly be true? Surely there would be a huge number of people ‘whistle-blowing’ and exposing these perpetrators as the criminals and frauds they surely are?’

There ARE indeed a huge number of people aware of and attempting to expose the perpetrators, but as with anything else that contradicts an ‘official diktat,’ the overwhelming power and influence of those in whose best interests it is to deceive us, and who control most of the world, including the media in all its forms, ensures that only small snippets of information escape into the mainstream. However, this is more than enough to ‘paint a picture’ of reality for those of us who are broadly aware of the ongoing deceit, and this allows us to expose the sordid truth embedded in all the many establishment lies we are able to dissect.

There is FAR MORE to discover about our universe, if we only would set ourselves free from the mental shackles of dogmatic, vested interest ‘science’ as practiced today in our Westernised, wholly materialistic culture.

The mega wealthy, all-powerful corporations with their sun cult logos and ultra-slick marketing hype sell us idols and celebrities to worship instead, and slowly but surely bring the entire world under their influence whilst we tacitly believe their false science and not-so-subtle propaganda. We vote for their controlled politicians, read, watch, and listen to the lies and garbage emanating from their controlled media 24/7, buy their heavily promoted, often useless products, gizmos, and gadgets, listen to their dreary, repetitive, propaganda-filled, satanic ‘music’ and watch their sick, dysfunctional TV and movies and generally sacrifice our own souls upon the altar of materialism.

And that is precisely the kind of world that suits their insidious agenda and why and how they are able to maintain control over all of our minds and spirits. 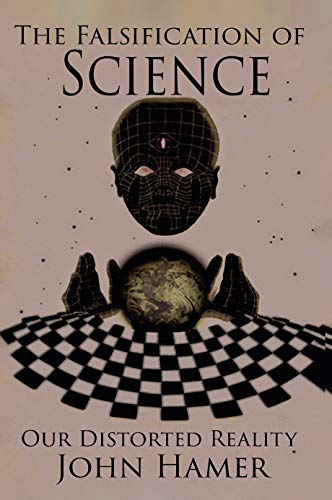 Check out my FUN video clips in Russia and SE Asia and Female Encounters of the Foreign Kind video series and Full Russia Trip Videos!

Re: Don't Be Ignorant Learn Science