Winston wrote: ↑
June 18th, 2018, 10:37 pm
An expat told me something interesting once. He said that in other countries, parents sleep together with their infant baby. But in the US, the parents put it into a crib in a separate room and only tend to it when it's crying. So after birth, the infant is separated from its parents, in America. So this may traumatize the infant because it experiences a sense of separateness that infants in other countries do not. He said that this is why foreign kids seem happier than American kids. And why foreign families are closer and more close knit than American families. That's interesting, and maybe related here.

White women throughout history have given their children over to brown maids to raise for them. Apparently, raising children is a "burden" to a white woman. This creates a subtle psychological mentality of detachment and impersonalism. Hence why there doesn't seem to be very strong friendship bonds in the West. White children never even have a strong bond with their own parents, so how can we expect them to bond with anyone else?

Some guy in the 50s did research on baby monkeys and depriving them on their mothers and he basically proved that separating babies from their mothers will create long term psychosis.

This is also why white men are flocking into the arms of brown women. It's like brown women are giving them the affection they never experienced from their own mothers.

For this reason alone, I cannot support the whole white supremacist alt-right bullcrap. I mean, we're supposed to white knight for white women and "save" them? To hell with that. White women can burn in hell and I hope they do.

I wouldn't say "white women" but women of the ruling class. The royal who only submitted to her arranged royal husband because that was her duty to her region who made a treaty with the husbands family. Now women who enjoy a quasi royal status over others be that other a poor darker person be she indigenous or dependent of slaves or a poor Eastern European or Irish woman are following the example of the historical princess.
Top 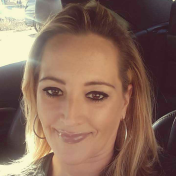 I've seen my 16-year old nephew tell his mom to "shut up" and he's even cursed at her without any consequences whatsoever. She doesn't even raise her voice at him.

Many Western parents coddle their children and have the attitude that they can do no wrong, even when it's obvious to everyone else that they are acting horribly.
Top

I've seen Filapinas grab their son by the crotch and pinch the kids penis in public when they misbehave.
"One of the saddest lessons of history is this: we're no longer interested in finding out the truth." - Carl Sagan
Top
Post Reply
20 posts