Happens to me also Yakuza. But has dwindle since I'm going bald, figures 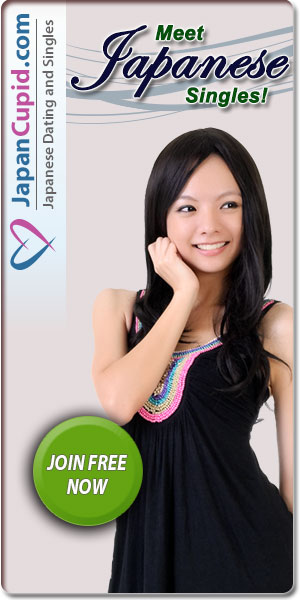 skateboardstephen wrote:But we can't say that it never matters. I think most of the time it does. Because it seems as if when AW (hell even some women abroad) when their stock is high and they do want to give a man a chance they usually go to white men or date with in their own culture this is what i have observed in the U.S when i was there. For example if a mexican chick think she is hot shit she will consider dateing out of her race if the man is white but he she can't get him she will stay with in her culture but if her own race of men don't want her she will try to bring her bull shit and kids to black men. And Asian men are not seen by many women as attractive for what ever reason and these old hags know this they are just trying to take advantange of the situation thinking he is desperate enough. They used to do the same thing to me. You are a target for bull shit women when you are broke, not getting any or non white because they see you as picking and they feel as though they don't have to look good.

I wouldn't be so quick to write-off women who are interested in your culture. As a Black Man, that is an advantage as long as its not taken overboard. IE: I don't want a White woman with braids and hoop earrings. She should not talk with "Street Slang" or dress like some of these ratchet women I constantly see and hear.

Yes women once get around 35 start looking at their options as White men become less and less interested in them. I don't think the case is quite the same for Asian or Latino or even Black women since women of color tend not to age at the same rate as Caucasians do.

All the more reason IMHO to get White women as young as possible and also get a good look at their mother or grandmother, you want an idea of what happens as the aging process take effect.

I don't want to race to the alter and then race to the maternity ward because the woman I married is 38.... I want to do some things and build my online presence. Truth be told, only desperate women over 35 would give up their life of comfort for a man starting from ground zero but with a plan. That is how they lived when they were in their 20's and don't wanna return to that. I don't blame them and frankly its just as well. That also eliminates most Single mothers who often times suffer from limited thinking and only concerned with today, not tomorrow.

+1 - I bet that Terrence aka The Adventurer, skateboardstephen, and Contrarian Expatriate would agree with you wholeheartedly!!!
Last edited by E_Irizarry on December 29th, 2012, 11:01 pm, edited 1 time in total.
"I appreciate the opportunities I have in America. Opportunities that allow me to live abroad." **Smiles** - Have2Fly@H.A. (2013)

Postscript: When I was in my early 20s, I was "smashing" AW whom were in their late 40s.
So I always have had an "oedipal" syndrome I guess.
"I appreciate the opportunities I have in America. Opportunities that allow me to live abroad." **Smiles** - Have2Fly@H.A. (2013)

ILoveBlackAmericanWomen wrote: ↑
December 23rd, 2012, 12:21 pm
It does play a factor I'm saying every rejection is not b/c race. If she wants to stay in her culture that is ok remember there are man "races" in a culture. But quality women won't care what color a man is as long as the man share her beliefs it's all good. If a woman rejects a man based on him being Black or whatever "race" then she is not the type of woman you want anyways. That shows a flaw in her character. In the year 2012 I have observed there are plenty women who are willing to date a man of another race than women who won't and not as a sloppy second thing.

Just because a woman won't date a man of another race doesn't make her racist or have a flaw in her character. Most people on earth are attracted to their own race. Most people want the children they make to look like them and it doesn't make them a bad person for wanting that. There are some fishes called guppies and mollies, guppies and mollies can cross breed. But guess what,put them in the same pond and guppies prefer stick with guppies and mollies with mollies because each species trying to further their own gene pool first, not just mix and let their genes die off. If a girl doesn't wanna be with you, it's her preference and doesn't make her a terrible person.
Top
Post Reply
22 posts