I hope your son has a great day today!! May all of his wishes come true on this special day! 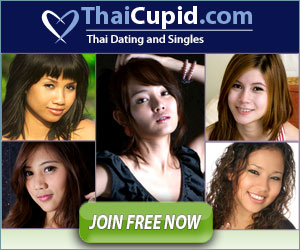 Dido.
The Daily Agorist, Learn to Live Independent of the System! http://www.theagoristreview.blogspot.com
Top

Thanks but how did you know it was his birthday? Who are you? Want to send him a gift? lol
Check out my FUN video clips in Russia and Female Encounters of the Foreign Kind video series and Full Russia Trip Videos!

You won't believe this. Even though my son just turned 6, he has already stopped eating meat, saying that it doesn't feel good to eat meat. How could a 6 year old want to become a vegetarian already? Maybe he is becoming spiritually evolved or advanced. But at 6 years old? Or maybe I have a "vegetarian gene" like my parents, and somehow it got activated in him early?

He has also become introverted and prefers to live in his own imagination rather than play with other kids. That's interesting, but so early. I guess he must have inherited that from me too. lol

Here is what Dianne said:


Yeah that's true he is a good boy and very smart in the school. Only the problem is his too quiet in their class room, he doesn't like to play and talk with other kids. He always like to imagine things, its like he have his own world. He is very understanding boy. And also he loves nature so much! And plus Angelo doesn't like to eat any kind of meat at all this been almost a month now. I was shock when he told me that he doesn't like to eat meat or chicken anymore. He is like a vegetarian now. He said that every time he eats meat it makes him not feel good. I don't understand why his like that now. What do you think? Is that normal to him?

Check out my FUN video clips in Russia and Female Encounters of the Foreign Kind video series and Full Russia Trip Videos!

I have known of several cases where children (mostly younger teens though) gave up eating meat. Then again, most of them were girls. And not to play Doctor Drew, but keep an eye out for psychological issues, not bad, just things that may need tweaked.

The Daily Agorist, Learn to Live Independent of the System! http://www.theagoristreview.blogspot.com
Top

Your Son The Vegetarian.

Maybe Your Son Really Did Inhearit The like For Vegetables Only from His Grandma & Grandpa Wu.


Also Please Remember That Both Thomas Edison & Albert Eienstein was Not Products Of The
Academics Business.

On The Bright Side count Your Blessings that Your Son Is Not Attending The Crappy Regular
Public Schools Here at America.
Top

As for the similarities: On my AirAsia flight from the Philippines back to Taiwan, some Taiwanese on there said Angelo has a "Taiwanese face." In other words, he looks like you. And since bodies are inherited with minds, why not.
Catalogue of Falcon's threads and posts
Top
Post Reply
8 posts • Page 1 of 1